The nature of the hungarian vs turkic linguistic correlations 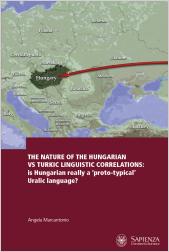 The purpose of this volume is to bring together a collection of essays that I have written during the last four years or so, all of which, but one, already published. The common thread of the essays in question, and, therefore, the thrust of the volume, is the topic of ‘the nature’ of the linguistic correlations existing between Hungarian and the Turkic languages.

Why would such a topic be of interest to the reader of Hungarian and/or Uralic studies, or even linguistic studies in general, one might ask, and the answer is as follows.

It is a well known fact that Hungarian shares numerous correlations with the Turkic languages, at almost any level of language – lexicon, phonology, major areas of morphology, typology and isomorphism. These correlations are so deep and pervasive, that it could be argued that Hungarian, is, in fact, closer to (Old) Turkic than to any of the languages classified, like Hungarian itself, as belonging to the Uralic (/Finno-Ugric) family. The conventional explanation for these correlations – within the framework of the Uralic theory and Hungarian historiography – is that they are the expected, ‘normal’ results of processes of borrowing, due to the long and intense contacts that occurred between the early Magyars and the nomadic people of the Eurasiatic steppe, in particular the Turkic peoples, during the centuries preceding the honfoglalás (between the IV/V and the IX/X Century AD, roughly). This interpretation, despite being in principle plausible, can nevertheless be called into question, for the following, linguistic and historical reasons [...]